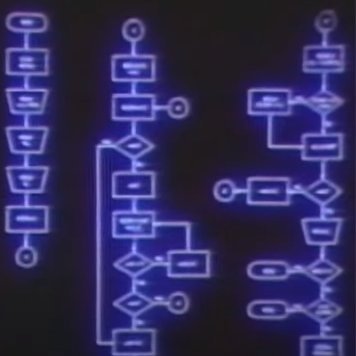 From time to time, I’ll be posting these “Special” blogs, which only indirectly relate back to a Computer Chronicles episode. Basically, a “Random Access” item or an offhand reference made during a show will send me down an interesting rabbit hole. But since the normal posts are long enough, I thought it made sense to segregate these tangents into their own shorter standalone posts.

For this first special, I want to expand upon this “Random Access” item from the last episode I covered, which aired in March 1985:

A cosmetics company, Elizabeth Arden, was now using a computer–-called “Elizabeth”-–to help women shop for makeup. The machine captured a still-frame photo of a customer. The operator then applied various cosmetics to the photo electronically. When the customer was satisfied, the operator printed out the image with a list of cosmetics to purchase.

Elizabeth Arden, Inc., was actually a very old cosmetics company even in the 1980s. Founded in 1910 by its namesake, Canadian-born businesswoman Elizabeth Arden, her successors had apparently been contemplating the idea of a “beauty computer” as far back as the mid-1970s.

The company’s inspiration was, of all things, NASA. According to a January 1985 article in NASA’s Spinoff publication, scientists at the Elizabeth Arden Research Center in Indianapolis decided to reach out to their NASA brethren to figure out how technology originally developed to study the surfaces of Mars and Saturn could be adapted to study human skin.

As it turned out, NASA’s Aerospace Research Applications Center (ARAC) was also based in Indianapolis. The ARAC scientists “conducted a comprehensive search of technical literature” and reported back to Elizabeth Arden. This information, in turn, provided a “knowledge base for the development” of the Elizabeth beauty computer system–which took an additional 2 years of research and an investment of $1 million.

Elizabeth Arden launched a “demonstration tour” for the Elizabeth system in August 1984 at Macy’s flagship store in New York City. The original system cost $250,000 per unit to produce and featured three separate workstations. An October 1984 New York Times article explained how the computer actually interacted with a prospective customer:

Arden charges $25 for a computerized makeup consultation, but the fee can be applied against payment for Elizabeth Arden cosmetics. The process takes about 30 minutes. First, a device attached to the computer scans the customer’s face and analyzes her skin tones. The computer next analyzes how a range of colors will look against the customer’s skin. A computer picture is then projected on a screen. Even if the customer is already wearing makeup, the computer will be able to “read” and project a picture of the skin underneath.

A beauty consultant trained to use the computer then applies makeup to the customer’s face, using a pen connected to the computer. Each stroke is recorded by the computer so that it can duplicate the application, using different colors.

Following the demonstration tour, Elizabeth Arden revised and relaunched the computer system under the name “Sue,” which only included a single workstation.

Would Other Cosmetics Companies Embrace Computers?

Elizabeth Arden was not the only cosmetics company around this time to use computers in this manner. Two Japanese companies, Shiseido Cosmetics (America) Ltd., and Intelligent Skincare, responded to Elizabeth by pushing their own computer system at Macy’s main rival, Bloomingdale’s. Other companies, such as Clinique Laboratories, also introduced what the New York Times described as more “low-tech computers” into their sales process. Indeed, a followup article from December 1984 in the New York Times Magazine suggested that 1985 would be the year of “permanent computer fixtures on sales counters”:

“Up to now, we’ve been totally dependent on the salesperson,” says [Elizabeth Arden President Joseph F.] Ronchetti. “These machines give you a reliable evaluation of your skin and how it can be better. Our initial assumption was that younger women would be the consumer attracted to the computerized skin analyzer. But the older woman is intrigued, too, because we are able to give them customized skin treatment. It’s all geared to improving the skin and being able to offer proof of performance.”

Ronchetti claimed the Elizabeth system “was capable of generating over $40,000 in one week” for a store’s cosmetics department. Still, some of Ardren’s competitors were not yet totally sold on the idea of using computers. Leonard Lauder, the president of Estee Lauder, told the Times Magazine that he had a team “looking at” employing computers as a “selling aid.” But he added that there was more to moving cosmetics than computers. In particular, Lauder lamented the fact that American women were less likely to buy expensive skincare products than their European counterparts: “Some men still take pride in the idea that their wives don’t use makeup.”

When I first heard about the Elizabeth Arden computer, I was reminded of an April 2018 video published by Clint Basinger of LGR on the Avon Beauty Vision Personal Color Computer. This was a modified Toshiba T1000 MS-DOS laptop that relied on special software–and a scary-looking “optical skin tone analyzer”–to help Avon sales representatives in the field with assessing a customer’s ideal makeup profile. The laptop itself retailed for about $1,200 in 1987, a far cry from the $250,000 in-store units developed by Elizabeth Arden.